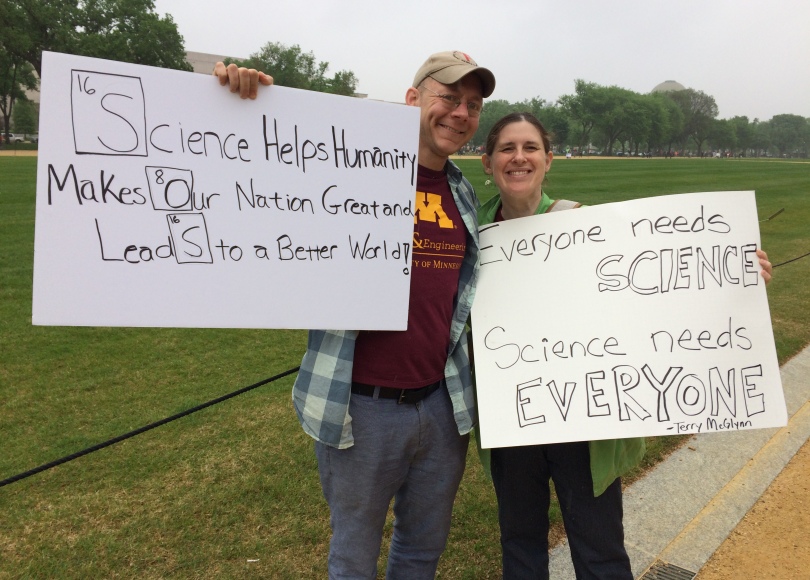 Two weeks ago (on the 47th annual Earth Day), about 150,000 people across 600 cities around the world gathered together for the March for Science. Our last blog post included a list of interesting pre-march readings, and you can check out more thoughtful reports and analyses from afterward at the bottom of this post. In the meantime, here’s a gallery of photos taken by a variety of our students, faculty, and staff from the Center for Sustainable Nanotechnology (CSN) at several different marches (including Washington D.C. and Berlin!)

Click on any of the photos below to see a slideshow: 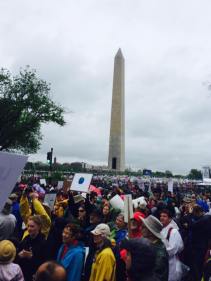 The banner at the head of the March as it progressed toward the Capitol in Washington, DC (photo by Bob Hamers)

Quite a few CSN members attended the march in Washington, D.C.

CSN students Becky Curtis, Mimi Hang, Arielle Mensch, and Nicholas Neimuth from the University of Wisconsin (Madison and Milwaukee) at the March in Madison

Einstein puppet at the March for Science in St. Paul, MN (photo by Natalie Hudson-Smith)

The capitol building at the March in St. Paul, MN (photo by Natalie Hudson-Smith) 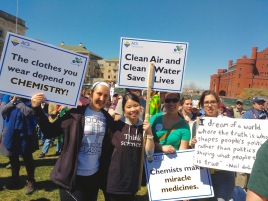 CSN students and colleagues at the Madison march

Center members also made it to marches in St. Paul, Madison, and Berlin!

MORE INTERESTING (AND FUN) READS ABOUT THE MARCH FOR SCIENCE

Finally, an important disclaimer: all of the people mentioned or pictured in the photos above attended the March for Science as individuals, not as formal representatives of the Center for Sustainable Nanotechnology or the National Science Foundation.