Did you know that over a third of graduate students experience mental health concerns?1 Graduate school and Master’s or PhD level careers in any field may naturally attract perfectionists; specifically, the strenuous and demanding nature of many STEM fields draws a crowd of highly intelligent and creative minds, but that often comes with being very self-critical. Although this self-criticism and perfectionism in moderation can drive people to work hard and keep striving for improvement, too much can create the perfect storm for many academically-driven anxieties and other mental health issues, whether transitory or long-lasting. Speaking from personal experience, I think these issues, although challenging, can come with a silver lining: cognitive diversity that benefits us as individuals and as a scientific community.

While in graduate school, many students report pervasive feelings of inadequacy and the inability to live up to the expectations they believe were set for them when they were admitted. One version of this false sense of inadequacy is called “impostor syndrome” – the feeling that you aren’t really as qualified or accomplished as other people think (despite all evidence to the contrary), and the fear that people will discover your “deception”.2,3 It’s very common for high achieving people (such as graduate students) to experience imposter syndrome at least sometimes4; however, many graduate students also suffer from more serious conditions and lasting mental health issues, including anxiety disorders and depression.1,5 In fact, a study of UC Berkeley graduate students found that 35% of those polled reported seeking treatment for mental health related issues during their time in a graduate program.1 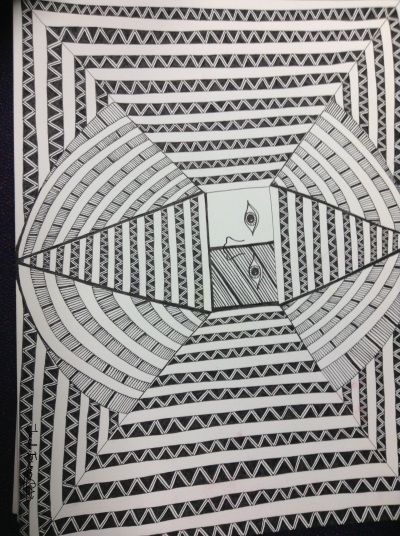 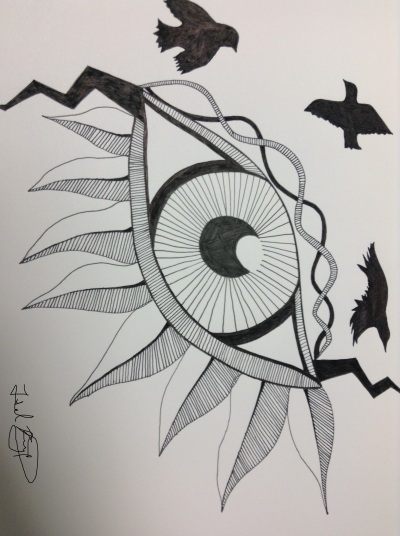 The taboo against and lack of understanding relating to mental health conditions has affected me personally, as I suffer from Obsessive Compulsive Disorder (OCD). For me this primarily manifests as “just right” OCD and measuring. “Just right” feelings have been a part of my life for as long as I can remember. These feelings entail a constant sense of an internal balance being off, a mental itch that can’t be scratched. It can feel juvenile at times – like feeling sick but lacking the language or understanding to describe it to others, which only multiplies the frustration. The desire to make things feel “just right” drives various compulsions, all of which transiently quiet the “just right” beast yet ultimately just exacerbate and anger it. These feelings plague me frequently and causelessly, and often make it difficult to navigate my daily life. A moment that is normally thoughtless or mentally spacious for the average person, is for me occupied by a feeling of imbalance and frustration, followed quickly by secondary OCD compulsions and constant measurement of my intellect, appearance, personality traits, and daily interactions with others.

Until now, I decided not to speak about my experience with OCD, out of fear of judgment, stigma, and a potential cost to my future employment. However, I want to stand publicly as an OCD sufferer to confront misconceptions both about what constitutes OCD and what people with OCD can achieve.

Despite the constant frustration associated with my OCD, I find that it drives me to be both artistically and scientifically creative and driven. For example, throughout this post I am sharing some of my artwork, a creative process that I find temporarily tames my “just right” beast. The process of drawing allows me to think more clearly about my science and logically tackle experimental issues and concerns. Finally, I would argue that because of (rather than in spite of) my OCD, I contribute positively to the cognitive diversity within the scientific community. In fact, I often find that my unique mental space improves my willingness to explore unusual pathways in research and increases my patience when learning and establishing new methods. 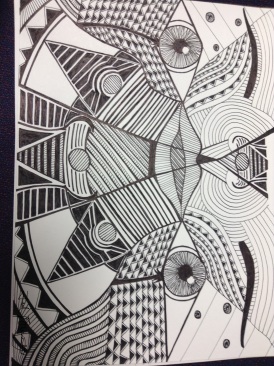 At times, it can feel like a daily battle. However, this battle makes me thankful for the privilege to attend graduate school, and gives me a realistic frame of reference for human struggles, with stark contrast between my constant struggle with OCD and the difficult (yet transient) and ultimately rewarding experience of graduate school.

Diversity is, at its core, a function of the cognitive and stylistic variation within a population. Thus, diversity not only arises from differences in life experiences derived from a person’s racial, ethnic, and socioeconomic background, but also relates to the natural mental and emotional variety within a population that can result from one’s experiences or from baseline differences in cognitive function. I strongly believe that having a diverse population of different types of minds can increase creativity as a whole. Creativity is what drives scientific curiosity and exploration, and I believe the scientific space as a whole would be improved if cognitive diversity were discussed both openly and positively. I would encourage the scientific community to start more openly discussing the relationship between mental health and diversity, and I hope to inspire others to openly discuss mental health in graduate school and beyond, with a focus on empowering and appreciating cognitive diversity.